The Douro [' duɾo ] ( Portuguese name ) is a river which rises in Spain 2060 m above sea level in the Sierra de Urbión, belonging to the Iberian Cordillera .

It meanders through the Meseta for nearly 525 km. And 112 km , it marks the border between Spain and Portugal in a hilly region , the slope increases and bed gap between high granite walls . Downstream of Barca de Alva , it becomes completely Portuguese in the last 215 km of its course and empties into the Atlantic Ocean near Porto.

His name Durius in Latin, deriving from hard hydronymic root. However , the Celtic root Dubro , and modern Welsh dwr meaning water is also related to " Dobhar " in Irish.

This golden river gives its name to the north -east of Portugal, this wine region is known for its wines known for over two thousand years to the Vinho -Porto .

The Douro has played an important role in the development of the region. Wearing " barcos Rabelos " typical flat-bottomed boats and high square sail he assured the transport of fruit and especially port wine , after the creation of a railway follows the valley brought an end to this navigation .
Today the historic train pulled by a steam locomotive follows the Douro Valley . To the delight of tourists from Pinhao to Pocinho with Magnificent views of the properties and fields of vineyards port, and a sense of the end of the world.

Navigation : cruise for a period of 6 to 8 days , are available on the Douro , a French company, the Croisi Europe is headquartered in Strasbourg , which will lead Porto to Salamanca in Spain , several companies offer cruises 1 to 3 days - up Regua with return train .

Vines of the upper Douro penetrate up to a hundred kilometers inland from the city of Porto, they grow on the hills of basalt and granite.

The climate is mild , semi-continental with temperature differences between summer and winter, or white and red wines whose style depends on the varieties products.

White wines are made from Malvasia Fina , Rabigato , Viosingo , Donzelinho , Verdelho , white Douro is a fresh and lively wine and remains at least nine months in bottle before release .

There are numerous kinds of Douro red , depending on the varieties used methods of vilification and aging time in barrels
All red douros must undergo a breeding eighteen months , modern wines are fruity and pleasant in the mouth
Although Douro wines are all different in their overall quality has improved in all are

The Douro is a typical Portuguese wine region , but Port is mainly due to the spirit of English .
It takes its name from the city of Porto, Portugal's second city on the banks of the Douro River near Vila Nova de Gaia and or most of port wines are stored and bottled

This wide selection of grape varieties explains the significant differences between the different Portos .

The aging process lasts at least two years in barrels of 250 liters called pipes
The quality of true Porto has never been equaled despite all the imitations that one little find around the world . 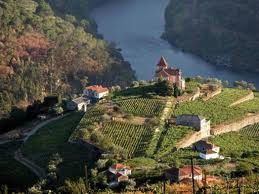 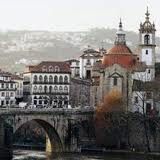 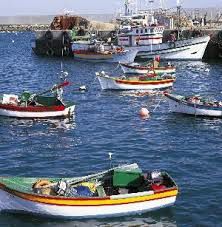