The canton of Bern is located in the northwest of Switzerland, at the border between the French and German-speaking part of the country. It extends from the Bernese Alps to the Jura crossing the Swiss plateau.

It has borders with 11 other cantons. North with the canton of Jura in the west with the cantons of Vaud , Neuchâtel and Fribourg, Valais with south and east with Solothurn , Aargau , Lucerne, Obwalden , Nidwalden and Uri.

To the east of the city of Bern , the side of the Bernese Oberland ( the Alps ) , the valley of the Emme , Emmental cheese which is produced by the same name is located.

The French-speaking part of the canton is located in the north and is called the Bernese Jura .
Its highest point is the Finsteraarhorn to 4274 m, the Valais border, and other major peaks are Schreckhorn to 4078 m and the Jungfrau 4158 m. Its lowest point is at the Aare near Wynau ( 401.5 m).
The canton of Bern is one of the three largest Swiss tourist destinations. It consists of six main regions: the Bernese Oberland, with its majestic mountains and lakes , Emmental , whose valleys are home to towering flower farms , Upper Aargau , with meadows and forests , the region of Bern- Plateau , with its heart in the old town of Bern, World Heritage of Unesco , Seeland, with its lakes and vegetable crops , and the French-speaking Bernese Jura region with its regional Park Chasseral . The most famous Bernese tourist destinations are the city of Bern , Jungfrau - Aletsch Bietschorn - listed in the World Natural Heritage by Unesco, Gstaad , Grindelwald , Interlaken and Adelboden . Tourism is the main economic activity of the Bernese Oberland.

The Bern Vineyard is near the region of Thun Lake

North of Lake Biel is the largest wine region in the canton.
The 257 hectares of Berne also have the distinction of producing pinot noir, but mainly Chasselas (instead of the usual Müller -Thurgau ) , because the land around Lake Biel is conducive to this variety .

In this region , most of the vineyards are located around Lake Biel ( Bielersee ) north of Lake Neuchatel, other vines are much further south of the Lakes of Thun and Brienz, in the Interlaken region ,
The vineyards of Lake Biel are planted on chalky land on the left bank , and sandstone associated with chalk on the right bank near Lake Rhoune , the vines grow on rocks covered with a thin layer of soil. the vines also benefit from foehn

With nearly 800 tons of grapes harvested Chasselas also occupies a dominant position on the products and chalky soils elegant wines that are slightly sparkling fresh . The wines of the south shore is slightly more full-bodied and fleshy

It is the main grape of the canton of Bern , followed by Pinot Noir (700 tons). The Pinot Noir
These are fruity wines with body , round and comforting , but never heavy .

However, other varieties (specialties) now reach the respectable amount of 526 tons, which is considerable. The amount of specialties has indeed increased satisfactorily in recent years and these wines are very popular with consumers and among white varieties , it is primarily Chardonnay, Pinot Gris and Sauvignon Blanc , and among Gamaret red , Malbec , and the Garanoir, Dornfelder . With 244 hectares of vineyard area has hardly changed. 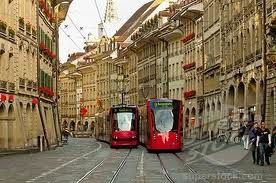 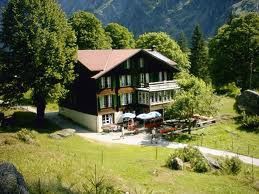 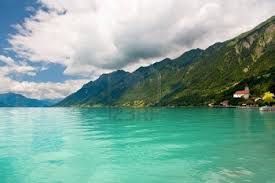 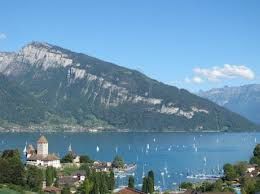