Vaud offers an endless variety of landscapes, breathtaking panoramas , but also a gastronomic world and inexhaustible . Did you know that this part of Switzerland was among the most famous in the world for tableware ?

On a relatively small territory , the winemakers of the Lake Geneva Region were able to give life to excellent wines which 8 are Vaud names that can be enjoyed in more than 20 tombs . In addition to its exceptional location, the Lavaux Vinorama offers audio -visual show and tasting.

The Leman Region ( Vaud ) is a long and rich history which remain valuable witnesses remains of the Roman Empire , amphitheatres , castles, churches , monuments ... Discover the medieval cities , towns , their fortresses and their citadels . Every stone tells a thousand stories that make history.

The canton of Vaud has 6 AOC,

Bonvillars sits on the edge of Lake Neuchâtel. The name Bovillars AOC is 195 hectares and extends from Montagny -près- Yverdon Concise a total of 195 hectares. Chablais extends from Villeneuve to the Valais border of 590 ha . AOC Côtes de l'Orbe, between Lake Geneva and the Neuchâtel Côtes de l'Orbe extends La Sarraz to Yverdon -les-Bains doors. The Hill: 2007 hectares of vineyards , which represent half of the winegrowing area . This vineyard is Founex in Lausanne. Lavaux vineyard of 921 hectares located in the region Lavaux.Vully, about 150 hectares , the vineyards of Vully , is located on the foothills of Mount Vully .

The name is the first grand cru designation issued by the Committee on Premiers Grands Crus according to soil and climate criteria and viticultural practices . Only Chasselas , Pinot Noir and Gamay can claim this title which also poses additional conditions, such as winemaking and bottling in the Canton of Vaud, the mention of compulsory vintage , banning assemblies and blends .

Vaud (VD ) is a canton of Switzerland , whose capital is Lausanne. It is located in western Switzerland . Its highest point is the summit of Diablerets culminating at 3210 m , the lowest point is Lake Geneva at 372 m , its surface area is 212.1 km 3 . Its territory is varied : it extends from the Jura - in the Northwest - the Alps - in the East - through the Swiss plateau. It is bordered by Lake Geneva in the south.

The Pays de Vaud was originally part of the land of Savoy conquered by Bern that favored the Reformation begun by Pierre Viret . It gained its independence 24 January 1798 and was created by the Swiss canton Mediation Act of Napoleon Bonaparte in 1803. Since then, the currency of the Canton of Vaud is "Freedom and Fatherland"

Vaud occupies most of western Switzerland. Its borders extend from the shores of Lake Geneva to those of Lake Neuchâtel and Lake Morat .

There are two mountain ranges, the Jura mountains in the west and the Alps in the south-east.

On 28 June 2007 , the Lavaux vineyards have been inscribed on the World Heritage Site , UNESCO.

The canton of Vaud is bordered by Lake Geneva in which many township water over flow .

The name comes from the Latin Pagus Valdensis is to say " Country Vaudois " The term Valdensis proceed in Valdidum ( vulgar form of Latin Valdum ) meaning "strong" , "strong " or " powerful ", referring to a oppidum , a powerful fortress or a strong defensive position .

The translation of viewing the township as the "Land of Forests" (a term that has emerged in the seventh century ) , through le Franco-Provençal VOD, or German or Wald Waadt meaning " forest " would be a folk etymology 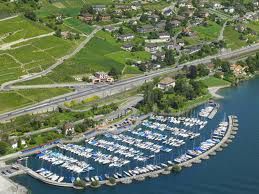 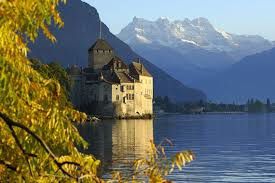 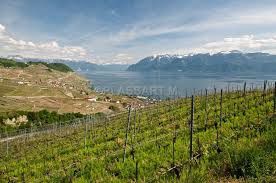 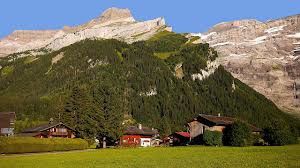 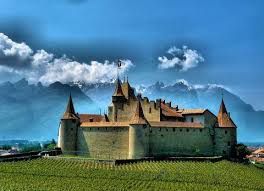