is one of the main Italian regions in terms of quantitative production of grape, the wines produced in this region are famous in every country of the world. Amarone, Recioto, Soave, Prosecco, Valpolicella and Bardolino, are just few names known all over the world and in most of the cases they do not only identify Veneto's wine but also the Italian one. The most interesting characteristic of Veneto is certainly represented by the fact the success of its wines is mainly determined by the many autochthonous grapes cultivated in the region, both white and red. Garganega, Trebbiano di Soave and Prosecco are among the main grapes used for the production of white wines; Corvina, Rondinella, Molinara and Raboso are the ones mainly used for the production of red wines. The enology of Veneto has a wide ampelographic wealth and territorial differences allowing a production of wines having many qualities, from light and crisp wines up to the most robust and full bodied ones, such as Amarone.

The history of wine in Veneto - just like any other Italian region - begins in very ancient ages, far before the times of Greeks - to whom is usually recognized the introduction of vine in Italy - as it is widely proven by important archaeological discoveries. It is believed vine was present as a wild plant in Veneto since many centuries before Christ and grape was used by the people of those time as a food. The first evidences about wine production in Veneto are dated back to the seventh century BC by the Etruscan-Raetic people, in particular Arusnati. The first important written information about the production of wine in this area are dated back to Roman times, when the wines from Raetia were praised for their qualities. The renowned Raetic wine - produced with Raetic grape - was praised by important authors of the past such as Columella, Celso Aulo Cornelius, Martial, Strabone, Suetonius, Pliny the Elder and, in particular, Virgil who believed this wine to be second only to the famous Falerno.

Another important wine particularly famous after the fall of the Roman empire was Acinatico, a sweet wine which can be considered the real ancestor of Recioto di Soave, Recioto di Gambellara and Recioto della Valpolicella. It was a sweet wine produced with grapes dried on mats and subsequently vinified. Acinatico was so appreciated that Flavius Magnus Aurelius Senator - also known as Cassiodore and mininster of the Ostrogothic king Teodoricus - has left his witness in a writing where he described the qualities of this wine and his highest appreciation. Despite Barbarian people who invaded these lands appreciated these wines, they were also responsible for devastating most of vineyards. It was only in 643 AD the vineyards of Veneto were for the first time and by law protected by a special edict. The Longobard king Rotari promulgated an edict which set penalties to anyone responsible for vineyards damages or was responsible of stealing grapes.

Similar edicts have been promulgated in later times, the cultivation of vine was widely favored and its spreading was so high which also reached the inside walls of many cities. During the Middle Age, the development of viticulture and wine making in Veneto was also determined by the commercial power of Venice, which does not only favored the exportation of Veneto's wines in other countries, it also favored the introduction of foreign wines, in particular the ones from Greece and Cyprus. Venetian merchants - besides importing wine - also introduced new vine species, while promoting its spreading in the neighboring territories, such as Malvasia that from Venice has spread in Friuli Venezia Giulia and Dalmatia. Even the famous glass makers of Murano contributed to the spreading of wine and its best appreciation. The refined bottles and glasses from Murano rapidly spread in the tables of noble people therefore replacing earthenware, silver and pewter containers. The new glass containers were associated with quality wines and in a short time - in simpler and less valued shapes - reached the tables of the common people all over Europe.

With the decay of the commercial power of Venice in the Mediterranean area and in particular in the Eastern countries - around the half of 1500's - the import of Greek wines was drastically reduced while offering an opportunity of development for local wines. It began in this period the fame of the wines from Treviso, Vicenza and, of course, the Valpolicella area. During the sixteenth century the destiny of Veneto's wine was characterized by periods of high appreciation as well as of decay, in particular because of devastations caused by wars and pestilence. In 1709 was recorded an incredible cold season which - because of frosts - destroyed most of vineyards, an event which dramatically changed the viticulture in Veneto. After this catastrophic event the viticulture of Veneto was approximate and the production of wine faced the same destiny. It was only in 1800's that was recorded an attempt in order to start a new development of Veneto's enology by studying the characteristics of the territory and of the grapes which were best suited: a first and important step towards the rebirth of quality.

Despite these new attempts, other dreadful catastrophes were about to happen, not only in Veneto, but all over Europe. Around the half of the 1800's, with the advent of oidium, began a new dark era for viticulture, followed by mildew and then phylloxera. These unlucky events did not influence the impulse towards the rebirth of Veneto's enology which was started in the past years. In 1876 was established the renowned School of Enology of Conegliano and in 1923 the Experimental Station of Viticulture and Enology. Thanks to the studies and the efforts of these two important institutes, it was possible to give a strong impulse to Veneto's enology towards the challenge of the 1900's which also favored the introduction in the region of international grapes, an event which did not affect the spreading of local grapes. After the 1950's - in Veneto as well as in other Italian regions - began a new future for enology and everyone understood the strategical importance of quality: a process which has strongly developed during the 1990's and still today is in progress.

Wines produced in Veneto are: 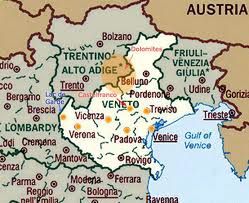 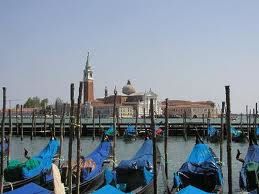 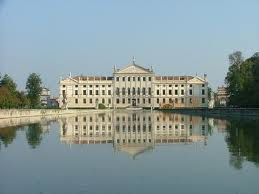 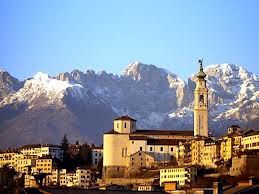