Viticulture in Israel is reflected in the various book of the Bible. She took a resurgence in the 1950s with the arrival of many winemakers from Europe to Israel

The cluster val Eshkol , in Canaan

By tradition , after the Hebrewq people left Egypt, he passed the Dead and went to Canaan , It was then thatMoses had sent a vanguard to the promises land .When she returned , two men wore , suspended fron a pole , a huge bunch of grapes.

The vineyards of Canaan were to be conducted in haughty or on pergola , Marcel Lachiver also says " This is not unrelated to the natural environnement in whichgrew wild wines"

This is not unrelated to the natural environment in which grew wild vines.

This type of table bgrapes could help develop quality wines .Besides wine exported to ancient Egypt, to be consumable should be mixed with honey and that it was added berries , pepper and juniper to hide its bad taste.

In ancient times , the wines exported to Rome and Britain were so heavy and sweet they were not in the consumables status.

The Muslim conquest in 636 imposed twelve centuries without wine , the withdrawal of occupantspermitted to Turkey to revive oriented development viticulture and wine production quality .

Since 1870 , the Israeli wine has all the technical and financial support provided by Edmond de Rothschild , owner of Château Lafite Rothschild.

Today the country is devided into five wine regions : Galilee, well suited to the productionof quality wine region , because of its altitude , temperature variations between day and night and well drained soils , judea around jerusalem, the Samson , between the judean hills and the coastal plain , the plain of Sharonj , between the Mediterranean coast and the south of Haifa , which is the largest grape growing region in the Jewish state , and the Golan Heights . Several Israeli wines have won awards at international level in recent years , and the cellars of quality are increasing thoroughout the country. 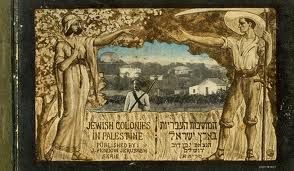