Is it old at least 3000 years .In the LIAd, Homer already spoke , vines of Thrace ( part of present day Bulgaria, Greece & Turkey) and the cult of Dionyusus was born here.

The climate & geograpy of Bulgaria near the Black-Sea , are reminiscent of Tuscany. Potential wine country is very important Thracians , whose country adjoined Greece worshiped Dionysus .The god of vine and wine in Greek Mthology is supposed to be from that region

In fact it was here that, in the liad , it is for the first mention of the god child who was hostile Thracian king Lycurgus. The victory of Dionysus on the king tore, the vines marked biginning of Dionysian myths and Nysa , which became the center of his worship , is considered the birthplace of the god of wine.

The location of the cyti of Nysa remaining Hypothetical , there iis a distinction made by the Hellenists between Thrace historic banks of the Hellespont , Mount Pangea and Mount Hacmus and Thrace mythical place where the legends of Dionysus , The latter extended from the valleys of Olympus and Pieria to the slopes of Helicon and the borders of Africa .What is indisputable is that , according to the testimony provided par Hérodote , Dionysus was the national god of the Thracians.

It was then occupied the Balkan Slavs from the sixth century .As many people invadedrs , they adopted some of the customs and culture of the Thracians and in particular to the culture of the vine and the use of wine.

The alliance of Slavs and Builgarians in the eighth century marked the founding of the first Bulgarian kungdom .The castrums Pliska .its capital .had wine cellars.

Archaeology has uncovered cups in gold or siver , adorned with griffins , centaurs or eagles used by the Bulgarian nobility during his libations.

After 1879 , when Bulgaria was liberated , wine took on a new dimension , increasing the area of vineyards . After the second World War and thepassage of the countries under communism , Bulgarianwines in the framework of Comecon , had ensured their distyribution in a part of the URSS as Russia , Lithuania , Kazakhstan , Estonia , Poland and East Germany In the context of economie agreements , they were also sold in Scandin,avia at promotional prices.

the wine regions are Vineyard of Southern Balkans, the Eastern Bulgarian Vineyard, the North Bulgarian the South Bulgarian,mavrud the southwest Bulgaria.

Bulgaria is a country of Europe, both Eastern and Slavic roots with a continental environnment , with brands and southern ottoman or Greek and Mediterranean environment . Its conversion from a general Soviet strict mode is on Western Europe Bulgaria, because of its potential in terms oforiginal culture and its strategic position at the steps of the European Unioncan bring a lot to the whole of Europe .As is usually the case . Viticulture reflected in its landscape and wine the soul of a people and a country .Viticulture in Bulgaria is no exception Here , briefly summarized a few key events

Northen Region .the mainland look the Danube valley and appears as a contnuation of the

Vituculture of Serbia with its germanic north of Vojvodina .Pleven with its famous wine research station is the heart.

Southern region :It is also bordered by the mainland and Danube Sumen is the center of its vineyards .It is mainly characterized by its outledt on the black sea with the great port of Varna , and further south the sights of the Bay of Burgas and Pomorie promontory.

Region under Balkan This is the moutainous region of Bukgaria , in the center the ridge that extends east sector of sofia

the University is also interested in the Vine and Wine , and south a second channel forming with the first a kind of open clamp on the Black Sea

South west it forms the border with Macedonia , and like the previous part of the moutain range in the Balkans Summer is very hot.

Southern regiion : It is clearly close to neighboring countries , Greece and Turkey. The climate is typically Mediterranean , most of Bulgaria .Station Plovdiv with its wine is its heart .Even if , as in the south west Greek influences are visible the presence of Orthodox monasteries in particular is the natural outlet western Turkey of Turkish Thrace .the crossroads of Edirne

Viticulture Bulgarian ancient origins as evidenced by the existence of old native varities ( recall the Bla ck Sea and the Balkans are probbaly secondary centers of origin of Vitis vinifera , the relay main center of origin Transcaucasia , but its real development begam in the mid mineteenth century after the liberation from Ottoman rule ( which has also destroyed Viticulture probably not traditional , but kept it a general context of political and economie enslavement and especially from the 1930s with Soviet planing

In order to illustrate this , here I brig a anecdotethat occured during a mission in Bulgaria in 1983 with Professor Denis Boubals.In a cave near the Danube south pf Pleven , we presented the wine market succes in Moscow made a lot of money into the cooperative winery .the label already announced the typicaly of drink a red bear , fangs black bakground , flaked by the name Cabernet Sauvignon and some other Cyrillic.Our colleaggue Boubals called the murder Knowing just at the time ,He was a little shocked , but oh how he joined him after taste the drink wine red , thick , spirity , sweet , jammy, gascous, attack - it is true- very animal with a woody finish indefinable , But we were not in good conditions the consumption of wine picture of a bear in the woods , used to be that we couuld imagine a meeting between friends on the terrace of a cafe in the square red 20° c in bonb shelter.

This overall strategy , marketing Soviet 'was also at the time quite justified for ViticultureBulgarian , even if we should not overlook the contribution of other countries of the former Soviet bloc , and s it must put asidelarge wine producing countries , but mess politically docile , such as Romania and Hungary , This time , in any case , when the development of international grape varieties , they were choices quite relevant . And beyond the pre anecdote - mentioned and some other painful experiences for the palate and stomach , those of whites too acidicand not particullarly clear enough. we must recognize that the Bulgarian viticulture has always offered and offers more quality wines often high expression of typicality . this is explained by streamlining first cellars and then more gradually , wineyards that technically improve on all fronts , with the application of formulas best suited to the production of quality , and the rediscovery of regional soils .The quality made good Bulgarian wines are often very attractive.

The Bulgarian wine industry is finally organized and established early , with the 1978 Act , a series of categories guranteeing the origin and quality of wines

The wine country , category near the French Model.

wines Controliran matching names and theoretically to high end , it should be noted that this level is sometimes displayed under disappointments , some local wines or grape is considered the best ( note that this s'often observed also in France

there are also two soetial mentions on the label according to the aging of wine , Reserve and Special Reserve Visit these wines varietals though with some references to the place of production.The planting of Bulgarian is rich and can be classified as:

Cabernet Sauvignon ranks first because is was be who made known the Bulgaria International 0There is in fact planted for a very large longtime Les Bulgarian Cabernet Sauvignon can be found in many areas , but the traditional reference since the 1970s is probably the northern region Sounhindol area south of Pleven , with vineyards Souhindol and Pavlikeni. Connoisseurs generlly describe as the powerful.

The Merlot was quickly completed Cabernet Sauvignon prized for its strong aromatic typicaly , Merlot brings roundness along with the fruit . It has been very successful in many Bulgarian vineyards alone or in assembly .One of the most famous Merlot is the Stambolovo in the southern part of Balkan sub region

Syrah we do not have mich information on this varietal , but there is no reason for its success in certain terroirs Bukgarian Pinot Noir same thing , simply recall the excellence of certain wines Pinot Noir , in a region relatively close , in Kosovo, in an altitude oak bench and clayey - calcareous stones

the Chardonnay is grown successfully in Bulgaria , Especially in the eastern part of Varna as where the wine is Known for is balance and finesse of its flavor.

Sauvignon also grew , without reaching , it seems the reputation of the best Chardomnnay.Somme other varieties planted in France are as Riesling Vegetable fruit and mineral aligoté or Ugni Blanc in especially for eaux de vie 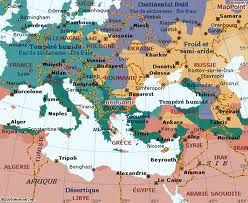 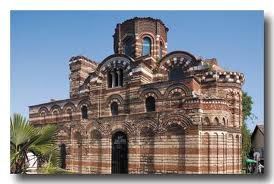