The Archipelago of the Balearic Islands and the vine

The Archipelago of the Balearic Islands and the vine

The Balearic Islands ( Catalan Illes Balears , Islas Baleares in Spanish ) is an autonomous community of Spain.

Located in the Mediterranean , the archipelago consists of five main islands and several islets,
Located in the east coast of Spain , 88 km from the nearest points of the Iberian Peninsula . up to Valencia

The islands of Majorca and Minorca can be seen , with a few moments from the French coast by a phenomenon of " land mirage " - as can be seen from Canigou Marseille - although about 400 km between them.

The official languages ​​are Catalan and Castilian.

The earliest traces of human occupation dating back to 5000 BC. AD

The Balearic Islands is controlled by the Carthaginians before coming under Roman rule. Balearic slingers were a military unit during Roman times .

After the fall of the Roman Empire , the Balearic Islands came under the rule of vandals , until the Emperor Justinian make the conquest in 534 . Then the Balearic pass under the Berber- Muslim rule and for almost the entire Middle Ages .

Since 1983, this group of islands form an autonomous community .

Wines produced in the Balearic Islands are of high quality and enjoys international prestige . Grouped under the tutelage of Appellations of Origin (DO ) wines of the islands , represent a growing sector .
Generally in all the islands , soils are characterized by bedrock

A local soils consist of three superposed folds : Jurassic limestone , marl and limestone and Triassic marl Miocene . Strong contrasts between the different altitudes and valleys with north winds which temper the summer and provide fall and winter rains.

The Mediterranean climate with hot summers and relatively mild winters , and snow that lingers on the peaks of the Tramuntana serrade in winter

The grapes used are first , are of Spanish origin: Monastrell , Tempranillo , Parellada , Macabeo , and finally some are indigenous : Fogoneu , Callet , Manto Negro , Moll .

The vineyard has grown from 180 hectares in 2003 to 334 in 2004 and since then declined sharply to 15.5 in 2010. The distribution of vineyards increased in other appellations following subsequent decrees. 12.5 hectares are planted with white varieties , 3 remainder devoted to producing red grapes and 52 426 hectoliters respectively . Only six producers produce this appellation. 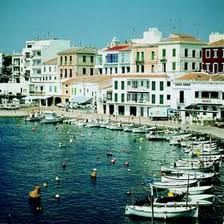 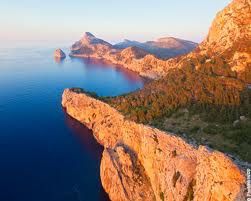 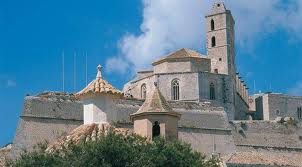