Named Eastern Switzerland , located in the northeast of Switzerland and covers more than a third of the land area to the east of a line from Thun , Bern, Solothurn and Basel and north of a line through Thun and Chur

The Swiss German is the German-speaking part of Switzerland . It covers about 65 % of the country and owes its name to the Alemanni, a Germanic tribe who settled in the region from the fifth century.
German is the official language in 17 of the 26 Swiss cantons Uri , Schwyz, Obwalden , Nidwalden , Lucerne, Zurich , Glarus, Zug , Solothurn, Basel-Stadt , Basel-Land , Schaffhausen , Appenzell Ausserrhoden , Appenzell interior , St. Gallen, Aargau and Thurgau .

The Swiss Germans have relatively little in common with their German neighbors , despite the linguistic relationship of both sides of the Rhine. The reasons are mainly historical : German-speaking Switzerland has been de facto separated from the rest of German-speaking regions from the late Middle Ages, and officially from the Treaty of Westphalia in 1648.
Another reason is the status given to the dialect . Although the official language of the Swiss German -speaking cantons or standard ( Hochdeutsch ) in everyday life , the population is expressed almost exclusively in Swiss German dialect ( Schwytzerdütsch ) , related to the Alsatian
German-speaking Swiss do not feel as one uniform group : by region , each rather feel Oberland, Zurich , Basel , Lucerne , etc. . The very thorough Swiss federalism , where policy decisions are often made at the cantonal and communal levels , reinforces this attitude.
Culturally speaking , German-speaking Switzerland does not constitute a homogeneous group . In the Middle Ages already marked differences exist between rural and urban townships. After the Reformation , the divisions have emerged between regions became Protestant and those who remained Catholic . Today, with the mixing of populations and the decline of religion , religious cleavages have declined in importance , there has been a resurgence against by the differences between cities ( progressive ) and rural ( conservative ) .
The Swiss German dialects ( Schwytzerdütsch ) are close to the Germanic dialects spoken in neighboring countries , such as the Alsatian , the dialects of the former Baden in Germany , those of Liechtenstein and Austrian Vorarlberg. In particular, they maintained some monophthongs of Middle High German : cf. Ziit ( "time" ) , huus ( "house") , became Zeit and standard German Haus respectively .

This German Vineyard consists of sixteen cantons and half the French-speaking canton of Bern, it is the tiny vineyards around Lake Thun
The wine is quite dispersed throughout this vast region , and practice on a relatively small scale.
It is a mosaic of tiny vineyards , the largest wine cantons are those of Zurich , Schaffhausen, Aargau , Graubünden
The climate of eastern Switzerland , too cold and wet does not really lend itself to the cultivation of the vine
However, conditions are more favorable in the immediate vicinity of the many lakes , Lake Thun , Brienz, Zurich , Zug , rivers and Rhine Rivers , Aare , Reuss and Thur and the Valleys warmed by the Föhn , of Saint Gall Grissons
The Swiss have found all sorts of solutions to protect their vines against cold, heat and steam , or straw and goose feather duvets they cover the vines.
Early maturing varieties can thrive, Riesling , Sylvaner , Müller -Thurgau grapes used and the first Pinot Noir dominates in reds, black grapes account for 70 % of all vines planted in eastern Switzerland, to other varieties grow as Gewürztraminer , Pinot Blanc, Pinot Gris , Chardonnay, Chasselas , for blacks have little or varietals like Gamaret from the Gamay .
the Blauburgunder
Throughout eastern Switzerland, these wines are made , from pinot noir.
They offer a wide variety became very light and fruity firm and rich in tannin
Are winemakers and Clevner generally fruity , soft and elegant 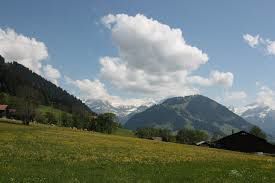 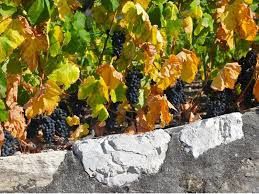 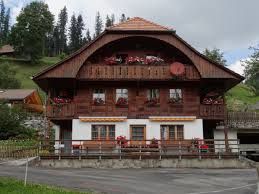