New Mexico,( Navajo Yootó Hahoodzo) is a state located in the southwest of the United States at comparable latitudes to those of Morocco

Bordered, on the west by Arizona, to the north by Colorado, on the east by Texas and the south by the Mexican states of Chihuahua and Sonora. One of the four states of the Four Corners

Fifth largest US state with an area of 315 194 km² shape, with 595 km long and 550 km wide and all its borders are following the Parallel and meridians except for a north small portion of El Paso that uses the Rio Grande River.

Mostly mountainous, with an average altitude of 1735 meters. And fourth-highest behind the US states Colorado, Wyoming and Utah with average altitudes are equal to 2073 m, 2040 m and 1920 m. Its highest point, is the Wheeler Peak in the blood Christ mountains, which rises to 4011 meters and is one of the highest Rocky Mountains peaks .

The Capital City is Santa Fe, located at an altitude of 2100 m.

Native American ruins, bear witness to an ancient occupation in the Santa Fe area and in the caves of the Sandia Mountains, whose highest peak is the peak Sandia at an altitude to 3255 meters, which exploited the region and resources unique culture there are several millennia.

Natives Pueblos, who are their successors have built small towns including, the Río Grande valley.

It was thought that history of Native Americans began around 10,000 years, with the arrival of migratory waves from Siberia, but Cavern Pendejo located ten miles from Sacramento, reveals the dates of human occupation dating back to 55,000 years.

New Mexico, is accompanied by breathtaking landscapes, still virgin in his a haven for artists and outdoor enthusiasts peoples, or simple activities become rich experiences life. When you are coming to visit New Mexico, you well are impregnated with a culture that fed your mind and your soul filled with new energy.

With hot springs, healing place, old for thousands of years as the source Ojo Caliente Mineral Springs, without forgetting the spa town of Truth, which is like an enclave with lots of character and generosity in terms of 'natural hot water.

Among the wide variety of landscapes, we found vast deserts but also snowy peaks and vast plateaus, called mesas that are typical of arid regions, also mountains covered with forests, particularly in the north of the State.

In semi-desert plains, plants are adapted to drought such as créosotiers, mesquite, cacti and yuccas. Aloft grow juniper and ponderosa pine, birch and spruce.

Without forgotten the Rockhound State Park outside of Deming and the white sand (National monument of New mexico), the largest gypsum desert with the white dunes, located in the Tularosa Basin , in southeast of the state.

Without forgotten, Capulin Volcano National Monument. which houses a volcanic cone of ash (60 000 years old). It is the volcanic field Raton-Clayton extinct which is located in northwestern New Mexico.

You can also ride the Rio Grande rapids, ski on powdery slopes under the warm winter sun or outside on the back of a horse (or head of a pack of llamas!). External emotions are everywhere, even in heaven you growing in a balloon above the plates.

The most important rivers of New Mexico are the Rio Grande, Rio Pecos, Canadian River, the San Juan and Gila river.

The Rio Grande, length 3060 km, is the fifth longest river in the United States and it completely crosses the New Mexico state to the southern border.

Its wide fertile valley separates the state into two halves along a north-south axis. It is home to nearly half of the population concentrated around Albuquerque and Las Cruces cities.

Rio Pecos. main tributary of the Rio Grande. runs parallel to the Rio Grande to tens of miles east in the Great Plains. With the Red Bluff Reservoir, built on its course, is located 866 m.

Canadian River, sub-tributary of the Mississippi River, has its source in the Sangre de Cristo Mountains and gone eastward.

With some rivers which however managed through to the ocean. 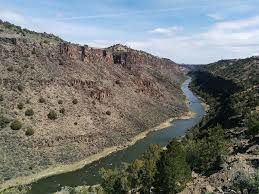 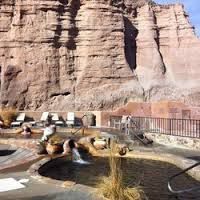 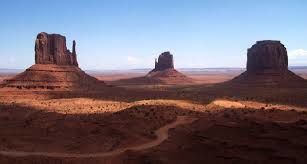 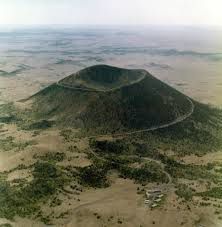 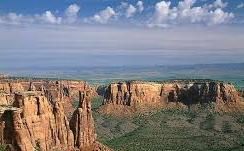 Le Message D'Abraham Linlcon
Le Nouveau Mexique
Le Vignoble du Texas
Commenter cet article
Y
yhsl8ckjb4
03/12/2019 07:45
I am seeking a freelancer that has the following qualities and experience: -An Educator/ k12 -Curriculum development -Charter School proposal and petition writing -Understands the charter school process from the beginning to end -Is interested in being a Board Member_ if in the San Bernardino County area -I have sample charter petitions.
Répondre
Retour à l'accueil