The Canton of Grisons

The Canton of Grisons

(GR , German Graubünden, Romansch Grischun Grigioni in Italian ) is the largest and easternmost canton of Switzerland .

Valleys north and south of the Alps . Rivers flowing in all directions . The canton of Grisons has three official languages. Three languages ​​in one canton: German , Romansh and Italian.

The name " Grisons " refers to the origin of the township in the form of three local alliances, Three leagues or leagues Grisons , involving the League of God's House , the League of the Ten Jurisdictions and the Grey League .

The German name of the township , " Graubünden " is more explicit in its etymology , literally meaning "gray leagues ."

Originally occupied by Rhaetians the region of Graubünden was annexed in 15 BC. AD by the Roman Empire and form a part of the Roman province of Raetia . After the introduction of Christianity, Chur is the seat of the first bishopric founded north of the Alps . The area is attached in 536 the kingdom of the Franks and later the Holy Roman Empire. Walser , a native German-speaking people of Valais, Western immigrants in the thirteenth century and settled on Grisons alpine plateaus. Meanwhile, other German-speaking populations implant slowly north in the area of Chur. This implementation is still felt today, with the presence in the canton of two distinct German dialect groups : Walser in the upper valleys and high speaking in the Rhine valley around Chur. These Germanic dialects along side Romansh and Italian dialects , of Romanesque origin .

The canton of Grisons is located in the Alps in the south -east of Switzerland . It borders the north Liechtenstein , Austria to the north and east , Italy to the south and southeast , and the cantons of St. Gallen northwest , Glarus and Uri to the west and Ticino southwest . Chur is the capital , among other cities include Davos , Klosters and St Moritz .

The canton of Grisons is the largest of the Swiss cantons. With 7105 km2 , they form 17.2% of the land area. Only a third of the township is considered arables19 land. Forests cover one-fifth of the total area. The township is almost entirely mountainous, comprising the highlands valleys of the Rhine and the Inn .

The altitude of the Grison Alps is high and contain peaks such as Tödi (3614 m) and peak Piz Bernina, at 4049 m. The region has many glaciers, such as in the mountains of the Adula, the Albula , the Silvretta , Bernina , the Bregaglia and Rätikon . The mountain ranges of the central region of the canton are very deep, some are considered the deepest in Europe .

The wine of Grisons

The Romans liked the wine Grisons Rhine Valley ( Bündner Herrschaft ) . Pinot Noir , now typical and very popular variety of this region , however, has been introduced in the Grisons in the seventeenth century.

Some corners of the Grisons, which Mesolcina Poschiavo and also speak Italian

These two regions in southern Grisons ( graubünden ) Mesolcina (or Misox ) and Posschiavo , produce only red wines from Merlot and several varieties of red grapes Hybrids, almost all production are sold on site

In 1630 , young soldiers and the son of peasants grisons brought back plants of pinot noir from Burgundy in the region of the Lordship . Local farmers quickly noticed that the particular climate and slate soils ideally suited to Pinot Noir . In the space of seven years, 90% of the stocks were replaced by this new variety. 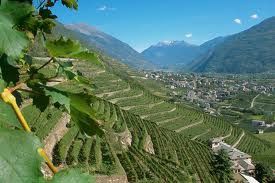 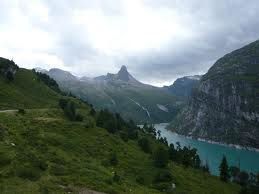 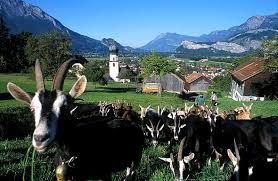